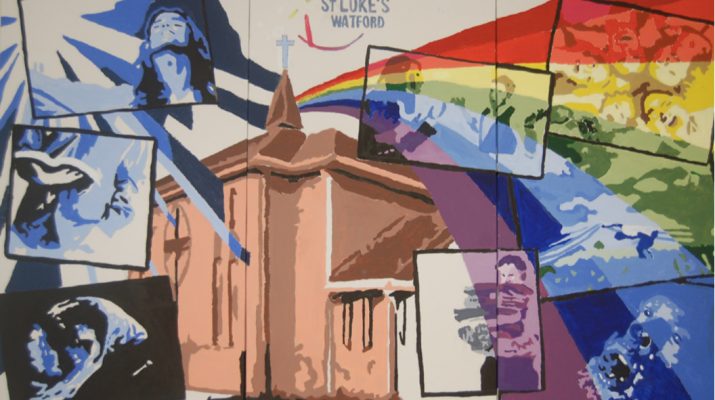 One of my favourite picture books of all time is by a Dutch artist Rien Poortvliet, and is simply titled ‘Noah’s Ark’.

Through a series of sumptuous wildlife observations, the artist ponders the breath-taking creativity of God as seen through the eyes of Noah. The Ark
builder is amazed as he encounters the wonders of the natural world for the first time as they arrive in pairs to reserve a berth.

The artist challenges the reader to look afresh at the extravagant noses of elephant, hog, and proboscis monkey. The impressive ears of the fennec fox
and the bush baby. The infinite variety of hooves, horns, colours, patterns and movement in the animal kingdom.

There is no doubt we worship a God who is infinitely creative and who was not just involved in creation but IS involved in ongoing creation and recreation.

Since welcoming our little Reuben into the world earlier in the year the words of Psalm 139 echo around my mind: ‘For you created my inmost being; you knit me together in my mother’s womb. I praise you because I am fearfully and wonderfully made; Your works are wonderful, I know that full well. Your eyes saw my unformed body”.

Alongside the miracle of brand new, utterly unique tiny people, there are also so many verses that speak of the ongoing promise of transformation God brings about in his followers, a constant work of renewal. 2 Corinthians 5:17 is surely one of the most well known: ‘if anyone is in Christ, the new creation has come: The old has gone, the new is here!”

The Bible is also crammed full of creative folk. David, author of the Psalms leads the charge for musicians. Adam and Eve (and I suppose God himself as creator of Eden) champion gardening. Joseph and Jesus worked as carpenters/ house builders. Even the outdoor pursuits get a look in with Priscilla the tent maker from Acts. Perhaps, however, the most celebrated Artisan was Bezalel from Exodus who seemed to have mastered a vast array of hand skills (from metal work and jewellery to textiles) which he used in the tabernacle and in the creation of a different Ark – that of the Covenant!

Eric Liddell (of Chariots of Fire fame) was a Scottish athlete who later served as a Christian missionary. He is most famous for his stance at the 1924 Olympics when he decided to honour God and refused to run the 100m on a Sunday and instead entered the 400m in which incredibly he won gold.

His most famous quote ‘God made me fast. And when I run, I feel His pleasure’ is a continual inspiration to me as someone who works in the creative field. I know intimately that deep sense of God’s pleasure, not when I run, but in creative endeavours. I feel it when I watch a plant grow or a border flourish! When I plane a billet of wood and see the stunning grain exposed for the very first time. I know it when the paint flows on the canvas in just the right way and I know many musicians, dancers, potters and writers who feel the same favour when applying themselves to their art.

I remember vividly being in my early teens and frustrated that I had been given an artistic gifting. Others had so many useful gifts that God could so obviously use and I felt that all I can do was draw!

How wrong could I have been!

He has employed my gifting in so many unimagined ways: building houses, church furniture, speed painting, puppets and even more bizarrely occasional ‘one offs‘, such as a giant cardboard boat to illustrate God’s love. I think the moment that I realised that adding the words ‘for Jesus’, after the skills I had been blessed with, was a transformational moment.

So let me encourage you in your creative endeavours as the evenings draw in this Autumn. Be a jeweller for Jesus. Whip out your needles and knit for the Name above all Names. Crochet or cross stitch for Christ. Paint, play or write poems for the High Priest. Bake for the one who claimed to be the Bread of Life. Sing for the Saviour. Make for the Messiah. Yodel for Yahweh… you get the idea!

As you work, take time to focus on The Master Craftsman himself, revel in the utter joy it brings (as that in itself is such a rich gift from God) and ponder how you can honour him in and through using your skills. (1 Corinthians 10: 31). I guarantee that if you offer the work of your hands to the Head of the Church, your dexterity to the Deliverer, the creative journey that follows will be so much more than you could ever imagine! 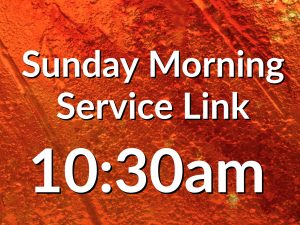 We’re on the Cassiobury estate in Watford – half way along Hempstead Road.